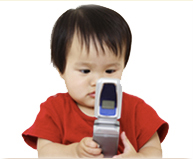 In the SKILLS4words project, we're examining word learning in the preschool years. Why? Because although speaking might seem simple, our knowledge of words is surprisingly complex. Take the word “cat,” for example. When we hear it spoken, we not only hear its meaning—a domesticated feline—but also information such as the speaker’s sex and emotional state. We also know how to move our mouths to produce the word. And, we know something about how “cat” relates to other words we know. For example, we know that “cat” is similar to “dog,” because both are pets. Similarly, we know that “cat” is similar to “hat” and “cab” because they share sequences of sounds.

Through SKILLS4words, we aim to better understand the relationships between children’s word knowledge and knowledge of the sound structure of language. We're studying this in lots of different groups, including children with hearing impairment who use cochlear implants, late-talking children, and children from a variety of socioeconomic backgrounds. Our goal is to help children who are at risk for smaller-sized vocabularies develop the skills needed to acquire a large number of words quickly and efficiently. We hope this will positively affect their later language development, and their early reading skills, too.

The SKILLS4words project is supported by a multi-PI grant from the National Institute for Deafness and Other Communication Disorders (NIDCD 02932), "A longitudinal study of vocabulary growth and phonological development".